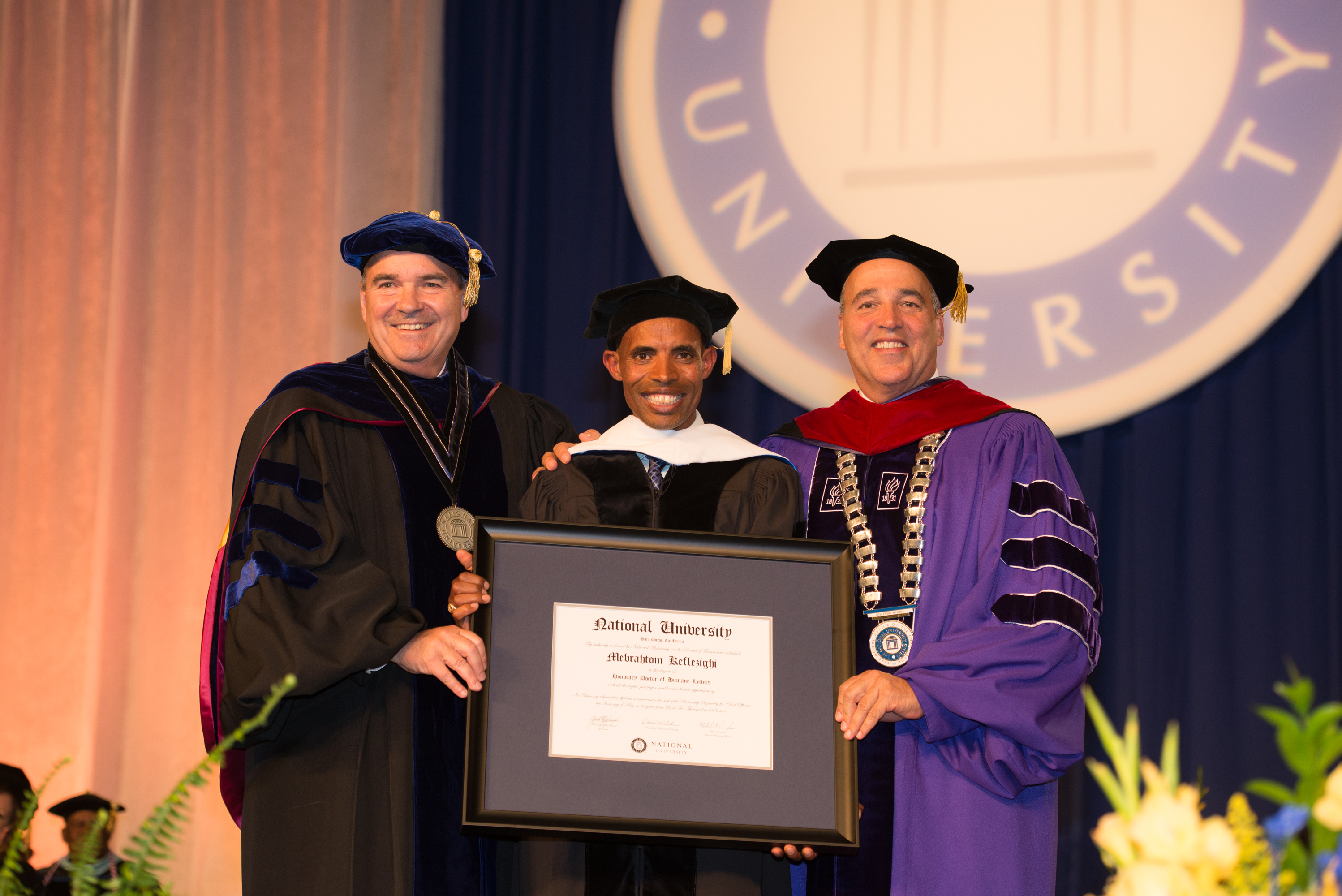 So far, National University has created numerous teams that represent different divisions of the organizations—Meb’s team, Run with Meb, is part of the NU/NUS effort, and anyone—regardless of affiliation with the University—is welcome to join his team by signing up here. Dr. Cunningham has also offered to match donations up to $25,000 for those who sign up with the NU Team.

Widely acclaimed as one of the greatest runners of our time, Meb Keflezighi—who has strong ties to San Diego and has been a keynote speaker at two past National University commencements—is the only athlete in history to win the New York Marathon, the Boston Marathon, and an Olympic Medal. His record includes four NCAA championships, 23 National Championships, and a place on three United States Olympic teams.

The San Diego Heart and Stroke Walk, which has been locally sponsored by National University, one of the largest private nonprofit universities in California, is put on by the local chapter of the AHA annually and is designed to bring awareness to heart disease, the leading cause of death in the United States. Based on the most recent statistics from the AHA, one of every three deaths in the U.S. is caused by heart disease and stroke, and 58 percent of Americans put no effort into improving their heart health.

Meb serves as a reminder that it’s never too late to change health habits, and to dream big. He won the Boston Marathon in 2014, just two weeks before turning 39, becoming the oldest winner of one of the world’s premier distance events in more than 80 years and the first American male to do so since 1983. Through his speaking roles at NU commencements, Meb has served as a beacon of inspiration for NU students, many of whom are adult learners and working professionals.

Both the American Heart Association and National University believe strongly in the power of philanthropy and education to improve our society. National University is determined to help make the 2019 San Diego Heart and Stroke Walk one of the most successful to date by helping the AHA reach their goal of raising $1.5 million. Funds raised through this year’s walk will enable the continuance of funding for the roughly $30 million in grants allocated to local heart and stroke research in San Diego.